Chronicles of events at the Adinkra Pie CEO’s royal wedding

• Some events captured from the 4-day royal wedding ceremony

• The royal wedding was characterized by numerous fun-filled activities

Spanning from Friday, November 5, to Monday, November 8, 2021, the most talked-about royal wedding held in Kumasi was characterized by a whole lot of activities.

Asides from the rich cultural display which was captured throughout the event, there was a line-up of fun-packed activities scheduled for four solid days.

The wedding which was hashtagged #EviAni2021 made use of some of the very best event vendors across Ghana.

Touted the ‘Wedding of the Year,’ GhanaWeb brings you some highlights of activities which took place from Friday to Monday. 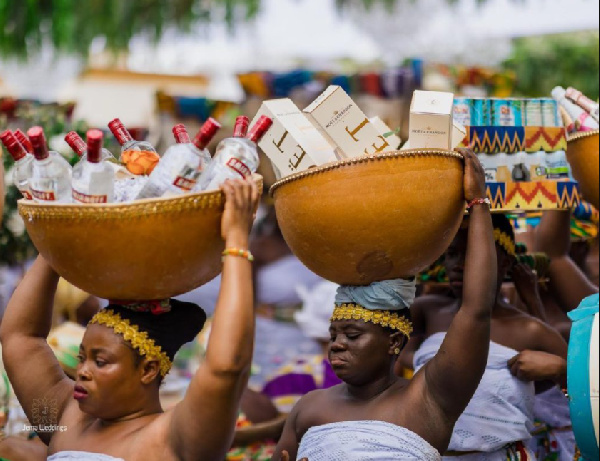 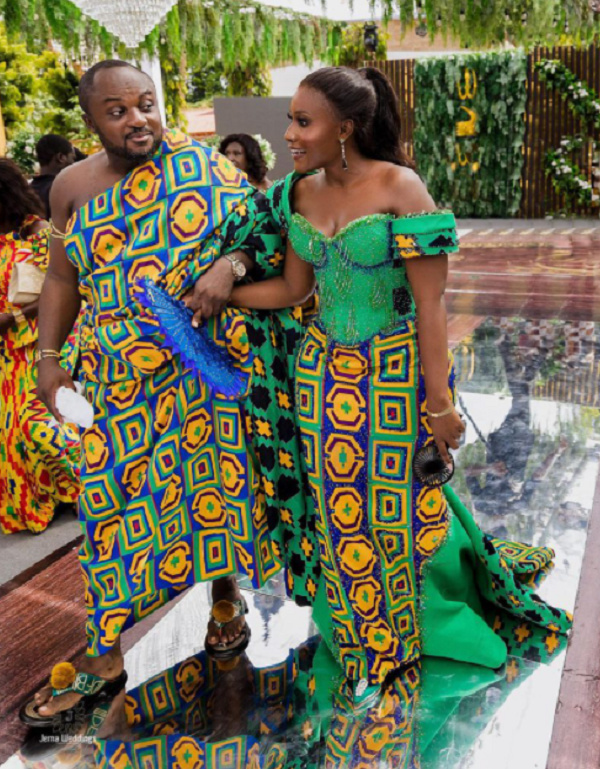 The official engagement and wedding were organized at the home of the bride as custom demands.

The groom was captured in a long convoy filled with luxurious cars, parading the streets of Kumasi as he made his way to the bride’s home.

The bride on the other hand was captured in a stunning Bonwire kente outfit designed by famous Ghanaian designer, PISTIS.

The groom’s family stormed the bride’s home with the bride price as custom demands. Some items including neatly wrapped expensive liquor, tons of kente cloth and many others were captured as part of items for the bride. 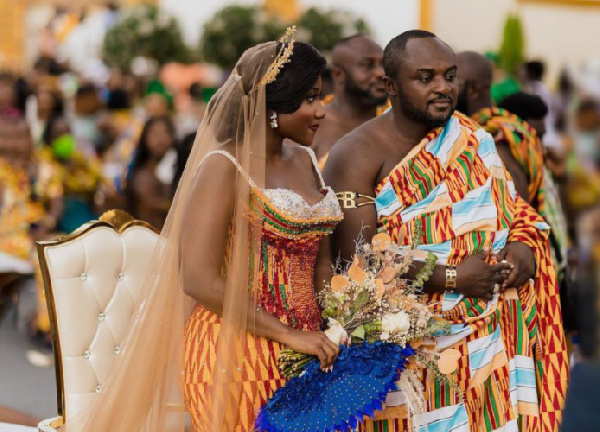 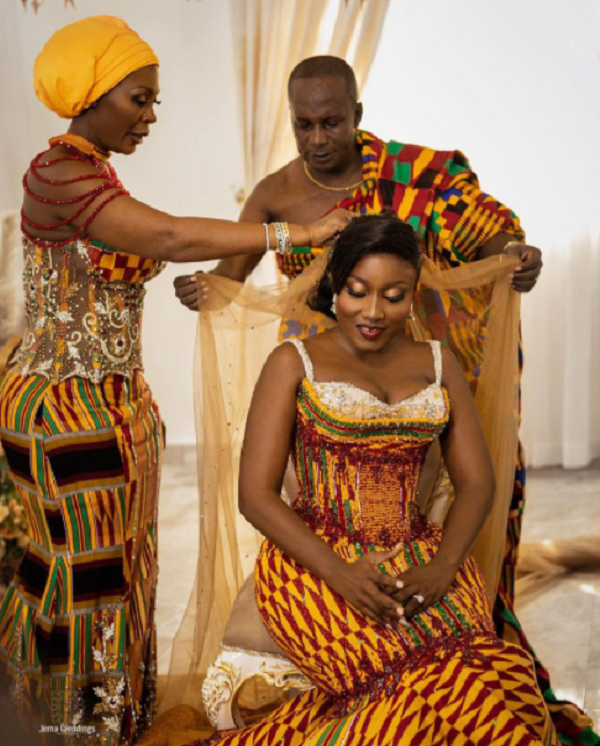 Many would have expected that on this day the couple would have pulled together a white wedding or perhaps would have been captured in a western gown or suit but No!

They were poised on representing the rich Ghanaian finesse and culture.

The main wedding on Saturday was a strictly kente-themed ceremony and the bride was captured walking down the aisle in a wedding gown designed by PISTIS.

The groom was dressed like a king as he was seen rocking a matching kente cloth with his wife.

Just after the wedding, a black-tie dinner event was hosted to commemorate the wedding reception at the Golden Tulip Hotel in Kumasi.