Just when you thought that the R Kelly court situation couldn’t get any more bizarre, according to a person close to R Kelly, the R&B singer is hoping to work with federal prosecutors – to have his prison sentence reduced.

R Kelly wants to barter with prosecutors information he has on other “celebrities” who he claims has or is engaging in illegal s*xual contact with underage girls.

The insider, who has known R Kelly for decades, explained to us, “[R Kelly] and his team are working with the feds to reduce his prison time. He’ll provide evidence against other celebrities who were pedo**iles, and they’ll reduce his sentence.” 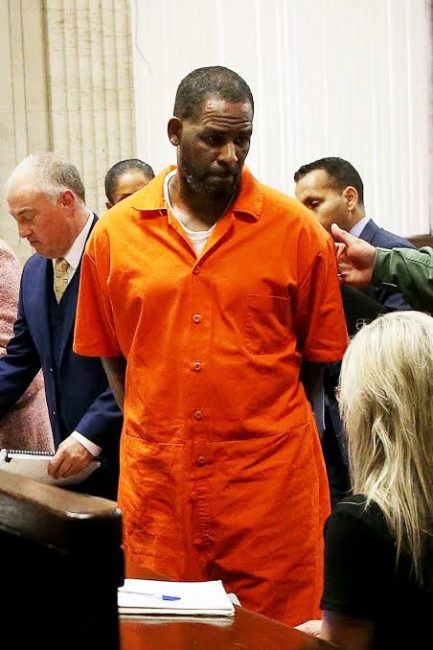 The friend wouldn’t be specific as to who R Kelly plans to snitch on – but claims that one person is a “rapper” and the other is a “huge singer.”

R Kelly has worked with dozens of the biggest names in music, throughout his career.

Last week, after weeks of testimony and entry of evidence, and after two days of deliberations, the jury found Kelly guilty on nine crimes including racketeering, sexual exploitation of a child, kidnapping, bribery, sex trafficking, and a violation of the Mann Act

He faces up to 100 years in prison – unless he cuts a deal with federal prosecutors.

Give your husband s£x even when you’re sick, it heals – Selina Boateng